‘Affordable high performance’ is how shooters are describing Federal’s exclusive range of ammo for Aussie hunters. Aussie pig hunters loved the 308Win ‘Tactical Rifle Urban’ cartridge loaded with the devastating 130gr Speer hollow point, which had a well-earned reputation of anchoring grunters on the spot. So Federal decided to take that same performance standard and expand it into a range of ammo called Vital-Shok Hollow Point, loaded with the same devastating Speer hollow point. The range comes in a Premium Vitalshok package branded with a distinctive Aussie logo.

This is still the same cartridge Aussie shooters know and love, just with new packaging, and with calibre offerings expanded to include 223, 22-250 and 243 as well as the original 308. It delivers all the same value, explosive performance and impressive accuracy of the original cartridge. Its proving to be one of the most popular ammo lines in the country. 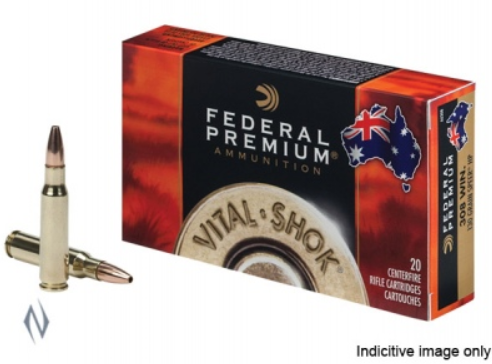