The Twin Duo LED lights feature bright white
LED’s for general use. They also feature additional
bright yellow LED’s for when the insects
become a nuisance (Insects aren’t as attracted
to yellow light as they are to white light).

Due to the efficiency of these LED’s the Twin Duo
does not require a dimmer to reduce the brightness
or Amp draw as can be the case with SMD LED’s
which can draw in excess of 0.9 Amps per meter.

The Twin Duo Flex’s outer casing is manufactured
from flexible tubing allowing it to conform to
curved surfaces. It is supplied with six meters of
cable, an in-line double switch and a fused merit/
cigarette adaptor plug making it very portable.
The light can also be fixed to your preferred
location using screws, cable ties or Velcro strips.

The Twin Duo LED lights are available in
either 50cm or 90cm lengths and are both
2cm wide allowing them to be fitted into
camper trailers, caravans, tents, vehicles,
boats, yachts and horse floats. 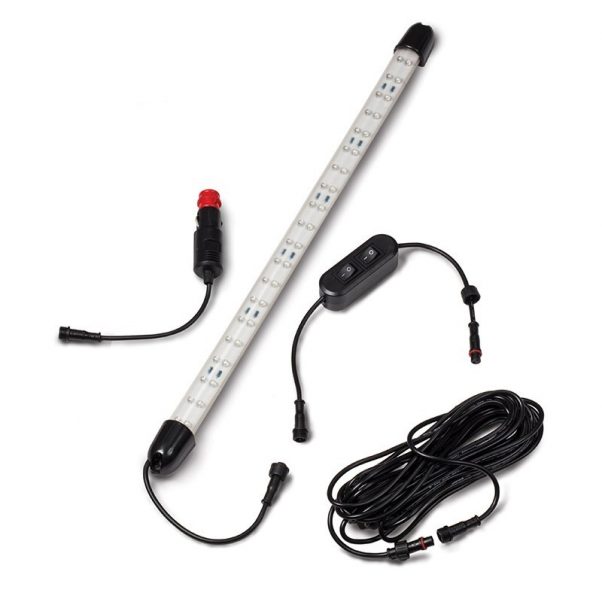