The new Enforcer 140mm LED handheld introduces Fresnel technology to the sporting market. The specially designed lens produces a tight beam for maximum light output and performance. The internal battery has a runtime of over 2-4 hours at full power depending on the model and you can even attach the clip on Enforcer battery to produce an extended runtime of up to 8 hours. Combined with a light weight ergonomic grip and an in built battery indicator the new LED Enforcer 140mm will provide the ultimate sporting experience.

Now available in several variations, many of which can switch between colours: 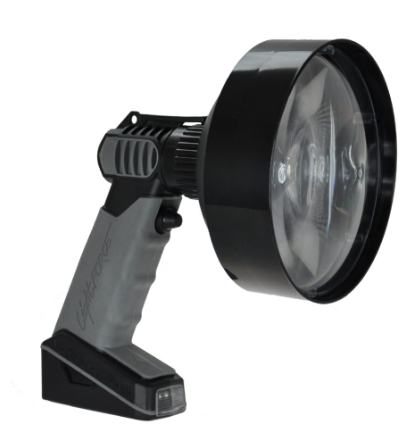