The Lyman E-ZEE Prime Hand Prime Tool works with any popular brand of standard shellholder and allows instant changeover between primer sizes. Includes two primer trays, each of which incorporate their own built-in large or small primer punch assembly. There are no small parts to fuss with or lose.

Each tray has a built-in shut-off gate to keep primers in place during change-over. The reloader simply removes the snap-in-place lock collar and installs the correct size primer tray and the shellholder as needed. Then, the lock collar is snapped in place and the change-over is complete. The primer trays also function as a primer flipper to properly orient primers for seating. The comfortable ergonomic design optimizes leverage to reduce hand fatigue.

Primer tray doubles as a primer flipper to orient primers 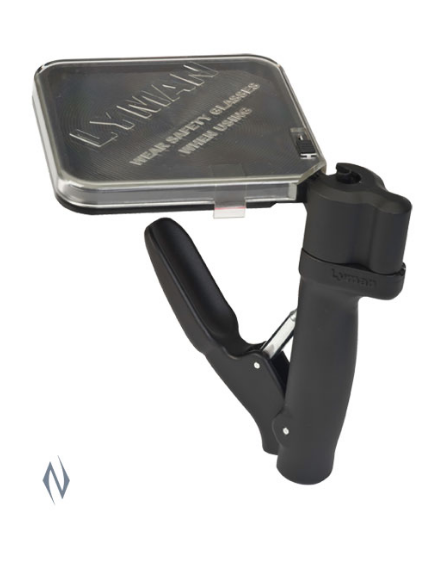